I have this friend who is nine kinds of oblivious.  Not necessarily to what is going on around her, but about who the fuck she is.  She has no idea, but she’s the candle in the darkened room… if only she could see it.

Oh, she sees the light.  She’s aware that there is a light source in the room, she just doesn’t realize that it’s her.  She sees the world as a dark, depressing version of itself and she feels sad and defeated, but just can’t bring herself to surrender.  She can’t give up because of the light she sees, which is her inability to surrender… due to the light… which is her… It’s a vicious circle of the greatest kind.

She wants to surrender.  She wishes she could surrender.  She wants to throw her hands in the air and say that it’s all fucking pointless and it’s all fucking bullshit and the world’s a nihilist’s fucking paradise… but she can’t.  She’s too optimistic for that and there’s no such thing as an optimistic nihilist.  If there was a way to break that paradox, she would surely be the one to do it, but there’s not.  She’s an optimist in denial, but we all see it.

Instead of surrendering to the darkness, she cocoons herself and regroups, bringing all the strength she can muster from any source she can find.  She is a warrior poet.  She is a Viking berserker.  She takes on the darkness of the world head-on, no time for pussyfooting around with passive-aggressive bullshit.  She charges with new-found strength and tears the darkness a new asshole, through which more light can show through. 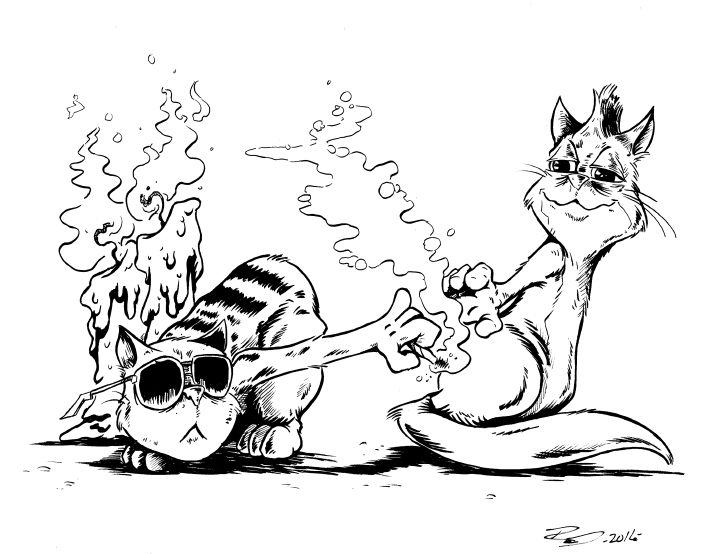 She is all the good things, my friend.  She is cats and weed and science fiction optimism, finding her smiles in those things and in friends.  I sit in a circle with these friends of hers, friends who are won over by her light as I am, and we pass the joint.  I let it pass me, neglecting to take a direct hit due to over a decade of sobriety, but I indulge via the Secondhand-Smoke Loophole, inhaling deeply and holding it infinitely in an attempt to make my brain swim and find my friend’s wavelength without losing my chip.

She is the candle in the darkened room… if only she could see it.

Like Loading...
This entry was posted in Uncategorized and tagged candle, cat, friend, hope, light in the dark, optimism, warrior poet, weed. Bookmark the permalink.